There’s still so much to say about Guatemala—

about the dogs that roam the streets sin owners to clean up after them (one must watch one’s step) and then bark exuberantly with their friends all the blessèd night long;

the fireworks that one also hears at all hours (people like to wake their friends up at 5 AM on their birthdays by lighting a string of cuetes; I’m not sure what they’re doing with the ones that literally sound like cannons [I’m not exaggerating]);

the service project wherein we’re making dolls (by hand, because who needs sewing machines that could get the job done in less than 10 minutes when one could spend several hours with a needle and thread?);

finding out the hard way that my jacket isn’t waterproof, so that I showed up unexpectedly on the doorstep of one of my adoptive families, wet and pitiful (they gave me herbal tea and loaned me some warm clothes, and we’ve had several good laughs about it);

my TOTAL brownie fail (I may have to turn in my American passport; there were difficulties with both the oven and the ingredients);

how I’m significantly taller than most people here, including the men, which thing is just bizarre (see below for my size relative to my siblings—I’m very much the runt in my family); 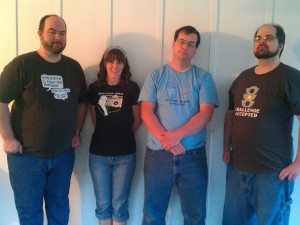 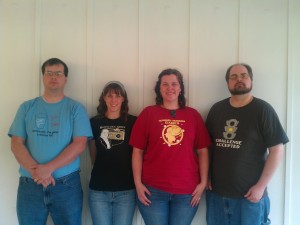 (See my little baby sister next to me?)

the hot water baths in a pueblito close to Quetzaltenango, where I was warm for the first time in a week and a half (this was before I realized that one can have hot water—as long as one is OK with no water pressure);

how I start classes at 8:00 every morning, which means I’ve been getting up at a reasonable hour, which thing is truly unSylvian;

traje, which makes everyone pretty (see below for evidence) (¡mira que bonitas somos!)—at least a quarter of the women I see wear it daily, and it may be closer to half; the colors and patterns of the traje show which area one is from, though I still don’t know any specifics; 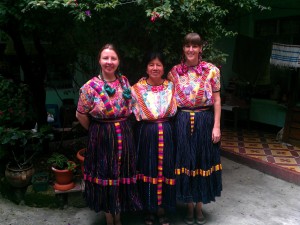 (see how I’m a giant? Can you imagine my little baby sister next to my host mom?)

how my teacher lulls me into a false sense of security by talking slowly so I think I actually understand this language, but then I go out into the street;

the calling I received to be Sacrament Meeting pianist approximately 90 minutes after I first set foot in the church;

how there are no tree-lined streets, because the streets are paved and the houses are all joined together; one gets one’s dose of nature inside one’s residence;

the transportation, food, markets (I only thought Munch and Mingle was Introvert Hell because I hadn’t yet experienced the Mercado de Democracia), and this $&%# language (these will all be separate posts)—

and future posts will indeed be written. At present, I have a goal to find and ingest some street food, because I haven’t had any digestive problems thus far, for which reason a certain person called me a wuss. ACT, if I die, it’s completely your fault.