Just thought I’d post a picture of the inhuman conditions I’m forced to work in this afternoon. 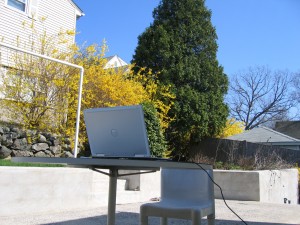 In other news, today is Simon Bennett’s birthday*! It’s been four years of delight and loud music and speed and twisty roads and journeys to Arkansas and Vermont and DC and Rhode Island and New Hampshire. I still love him as much as ever and only sometimes wish he had a sixth gear (which became standard on all MINI Coopers in 2007). 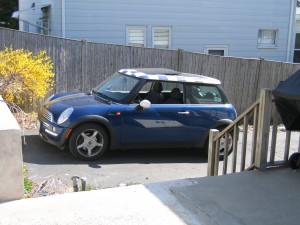 Happy four, and many more…

*I suppose that’s technically inaccurate since he was built before I bought him, so maybe I should just say that today is the anniversary of his adoption, but that sounds just a wee bit stilted.

2 thoughts on “The office”